Home again after a whirlwind tour on the East Coast with my friend, Director Rick Sordelet. He helmed our reading on Monday night of EVE OF IDES, my play about Caesar and Brutus the night before the assassination. It was honestly a smashing success, beyond my dreams. In the talkback, Rick pointed out that 90% of directing is casting. With Ed Gero as Caesar, Grant Aleksander as Brutus, Mike Rossmy as Antony, Bob Hock as Varro, and Arthur Lazalde as the Servant, the cast was out of this world. The wry gravitas of Gero was perfectly counterpointed by the Atticus Finch-like integrety of Aleksander. Part of the joy for me was hearing the laughs. I've written a piece that is so wordy – one audience member described it as almost a radio-play – that I was afraid there wouldn't be room for laughter. But man, did Ed and Grant find the rhythm I had in my head. The best laughs were the ironic ones, with the crowd darkly amused at Caesar's sardonic take on politics. There aren't jokes in the play – all the humor comes from the characters. It was great to hear it there. 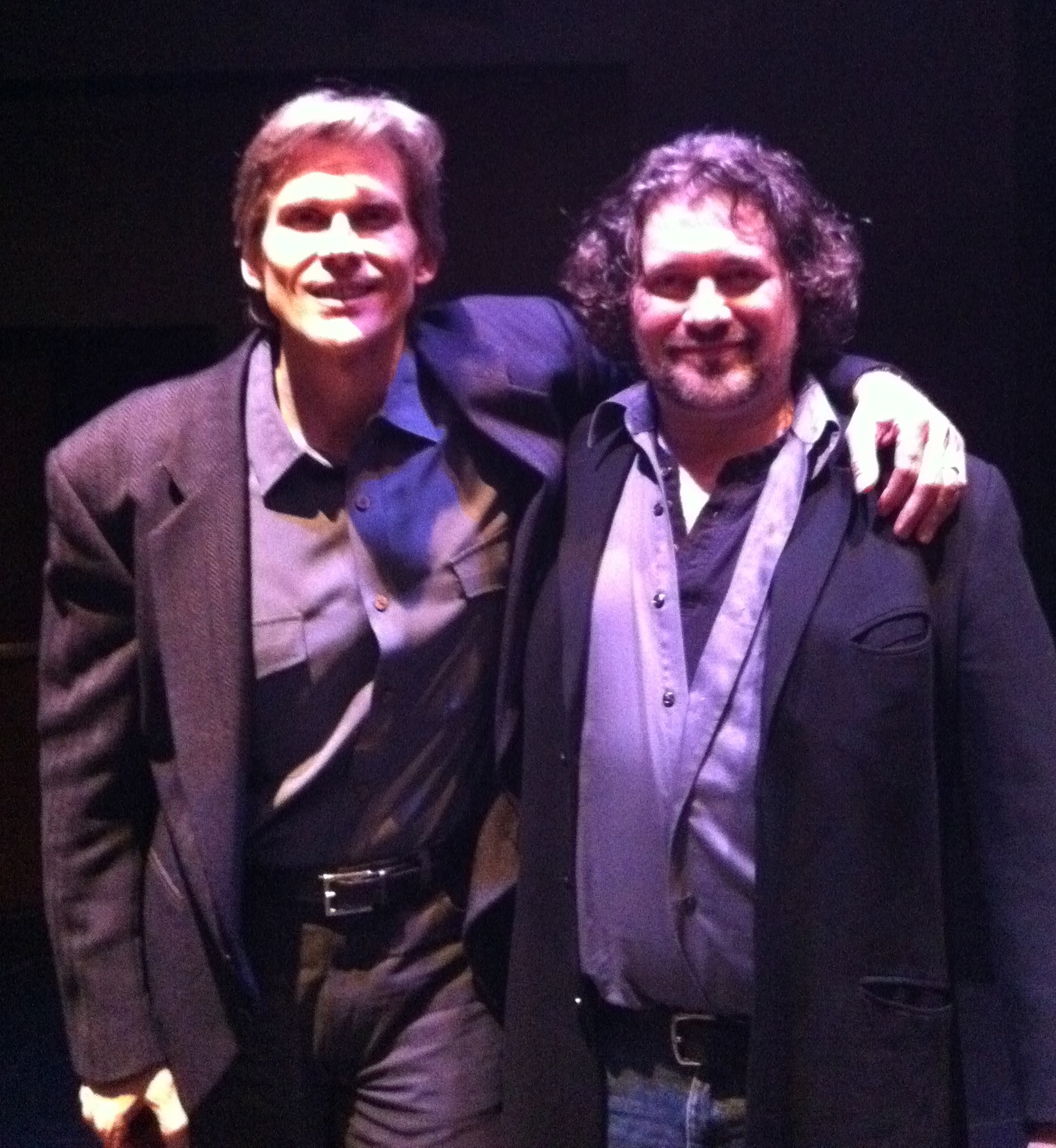 Another delight was the talkback itself. It was clear that the full house were fully engaged in the script, with great questions and comments. I agreed with everything said, right down to the flaws still in the script – things that only shake out with live actors and real audiences to react off of. There was talk of history and stark tone shifts, Shakespeare versus Dante, and trusting the audience to make intuitive leaps. One young man was especially amazed that I didn't set out to write a modern polemic, that the parallels to modern politics were just there. But it's true – I was writing a play about Caesar and Brutus. That they reflect our current state is terrifying, and I was certainly aware of the confluence. But plays are about character, and there are few characters more fascinating than Caesar and Brutus.

I owe huge thanks to Bonnie Monte, the Artistic Director of the Shakespeare Theatre of New Jersey for inviting us into her space and giving us the honor of kicking off their 50th season. Associate AD Joe Discher was fantastic, hanging with us for our five hours of rehearsal and giving voice to ideas on how to make the stage smoother.

But the guy to whom I owe the biggest ovation is Rick Sordelet, the director of the piece. The whole reading wouldn't have happened without him. Last fall, when it was originally scheduled, he had a sudden conflict, and I decided I'd rather postpone the reading than lose him at the helm. He's the man with the vision for bringing this play to the stage. I sometimes think he sees it more clearly than I do – clearly his casting choices were spot on. The only one of the cast I knew previously was Ed Gero, and I hadn't even considered him for Caesar. The moment Rick said his name I said, "Wow. Of course." And he was right.

We've already had meetings and are talking with other companies about holding more readings, garnering more interest and gaining steam. I'm honestly surprised at the level of interest, but it seems that Caesar and Brutus aren't played out yet – far from it. Walking around anonymously at intermission, I heard two comments repeated time and again: "It's really good!" and "I sure am learning a lot." Both make me glow.

I'll have more soon about the books (38 days and counting, folks!). The rest of this month is about editing – FORTUNE'S FOOL, HER MAJESTY'S WILL, COLOSSUS, and the rest. But before any of that, I'm diving into EVE OF IDES one more time to make some tweaks while they're still fresh in my head. Fitting – fixing the EVE OF IDES on the Ides themselves.