While I've been at work finishing new novels and recording audiobooks, I haven't been blogging a lot. Fall is always a madhouse for me, with tons of work to catch up on. Part of the reason is that each summer my life is consumed by Shakespeare as I return, like a swallow to Capistrano, to Michigan to perform on the stage of the Michigan Shakespeare Festival.

This year was particularly poignant, as it was the 20th anniversary of my wife and I meeting, on that stage. In honor of the occasion (and as a shameless marketing plug), we reprised those roles again, playing Kate and Petruchio in The Taming Of The Shrew. 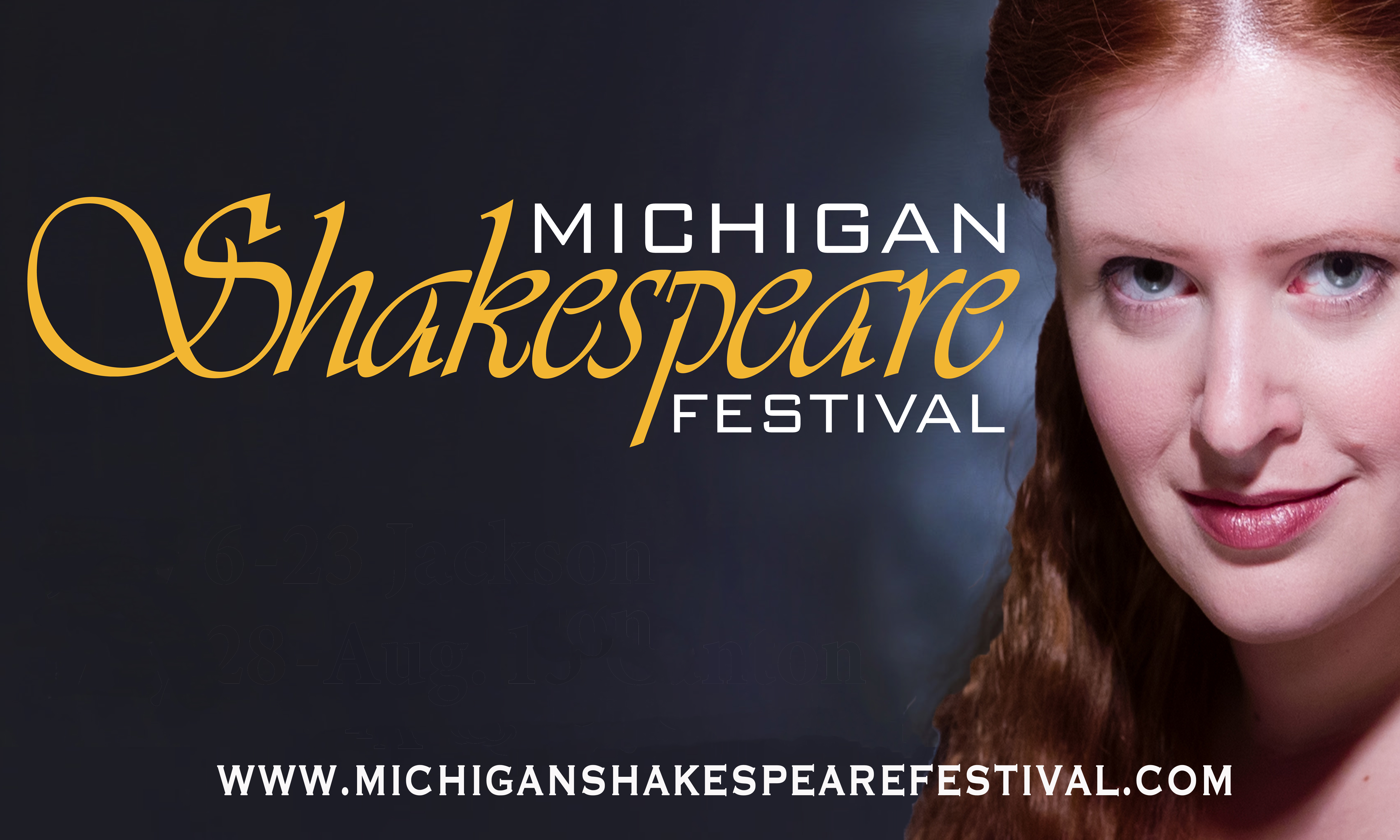 I gotta say, it's a harder show to do now. Not just because we're older, but because of the social climate. Even before the recent Harvey Weinstein et al revelations, there's a lot in the play that just does not work for a modern audience. Our amazing cast worked hard to overcome the problems by tackling them head-on, finding ways to be both true to the text but also not make the audience HATE the men in this play. The company lives together for the duration of the rehearsals and shows, and there were many evening gatherings where we talked about toxic masculinity and how best to be true to the characters while making clear this behavior was not okay.

In a way, I had it easy. Petruchio is always fun to play. His lines are bright and occasionally clever, and the wooing scene is one of the best love scenes in Shakespeare. And even the misogynistic speeches he has can be fun if you play them right. One night I said the line, "And do you tell me of a woman's tongue…? Tush, fear boys with bugs." I was immediately hissed by a member of the audience, and I loved it. That's the reaction his idiocy SHOULD get.

No, it's the 'hawking', the keeping of food and sleep from Kate, that makes this play less fun to watch and perform. It works a little if he's mirroring back her own behavior, but less if we get the sense that she's a victim of Stockholm Syndrome. Yes, we can talk about what a leap forward Shakespeare's version is over the one where he whips Kate's back bloody and puts a salted horse-hide over her. Yes, Petruchio makes a point of saying, "Don't hit me and I won't hit you" while he hits almost everybody else. And maybe it was funnier when all female roles were played by men. But the abuse of Kate is simply unacceptable today – especially if this is a Comedy.

What Jan and I found 20 years ago, and again this summer, is that it's best if it's a game, and he's merely teaching her the rules. Then, in the Sun/the Moon scene, she cottons on to the rules, and proves she can play the game better than he can.

Where Jan and I ended was creating a partnership, where Petruchio and Kate basically grift everyone in the final scene, while at the same time playing a game of one-upsmanship with each other – a game she wins.

Something new to this production was an observation by director John Neville-Andrews that most of the play isn't about gender, but about money. "I come to wive it wealthily in Padua. If wealthily, then happily in Padua." Everything is about dowry, and Tranio wins Bianca's hand for Lucentio by out-bidding Gremio. In the final scene, Kate's speech wins Petruchio a bet. And the whole scene is different if Kate knows that, and he gives the money to her. That was our solution – it was a grift, and these two clowns will now grift their way through Italy playing off of gender roles while being, themselves, equals.

The director set very much in the Tudor era, with amazing costumes by Susanne Young. And there was a lot of fun had among the cast – these are some of my very favorite people to play with. We had audiences coming to us saying it was their favorite production of Shrew ever. And that's lovely. Because after doing it five times now, four of them as Petruchio, I think this is a play I can put to bed, happy to have gone out on a high note.

In truth, I like the Kate and Petruchio of the Star-Cross'd series better.