I’ve been wanting to talk about her since April of 2016. That’s when I toppled into some accidental research and fell desperately in love with the character who would dominate my life for the next two years. Like you, I knew the name. Everyone’s heard of her. But I’d never read her work or studied her life. She was the basis for the Perils of Pauline. She was the inspiration for Lois Lane. She’s every intrepid reporter putting herself in danger to get her story.

Her name was Elizabeth Cochrane. You know her as Nellie Bly.

On October 11th, La Corte Editore will release the Italian edition of my new novel about the early reporting of Nellie Bly. The title is A COSA SERVONA LE RAGAZZE, which translates to WHAT GIRLS ARE GOOD FOR. That’s the title of the article that pushes a 20 year old young woman in Pittsburgh to first set her pen to paper in order to fight back against the misogyny and ridicule against working women. That single act of defiance lands her a job as a reporter, and over the next three years she pioneers undercover journalism, culminating in her most daring act: having herself committed to the Insane Asylum on Blackwell’s Island in New York to undercover the abuses there. I’m more excited about this than I can possibly convey. I owe huge debts of gratitude to Brooke Kroeger and Matthew Goodman for their help with my research. Their own non-fiction accounts of Ms. Cochrane’s life were instrumental in my crafting of this novel. And of course, for the first time in my writing career, I have access to the actual writings of my lead character describing her adventures. But if you think you know what really happened, there are tons of surprises in store! I’ve already set up a whole new section of my website devoted to the articles pertaining to the novel, including the unknown aftermath of her expose on Blackwell’s and the newspaper war it engendered.

I’m grateful to Gianni La Corte for his incredible enthusiasm for this story. He was so excited, he printed a test run of 100 copies for the Torino Book Fair and sold out of them in two days! Here are some images from that fair: 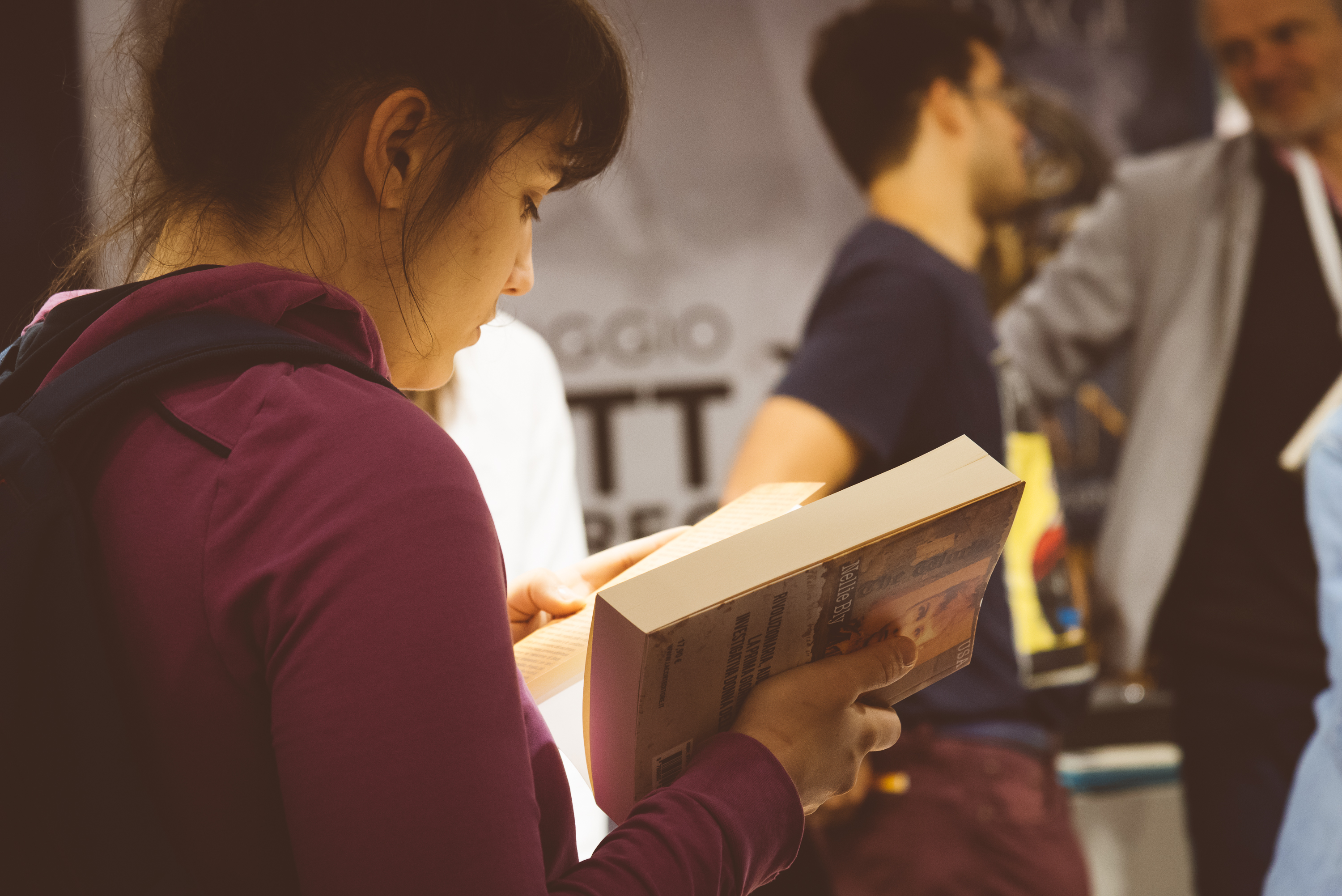 And, for those wondering, I’ll have news about the English language version soon, I promise.

I cannot wait to share this novel with you.