2017 marks the 10th anniversary of the release of The Master Of Verona. To mark the occasion, there's a new cover, new format – and, by popular demand, an audiobook! All of which drop in December. 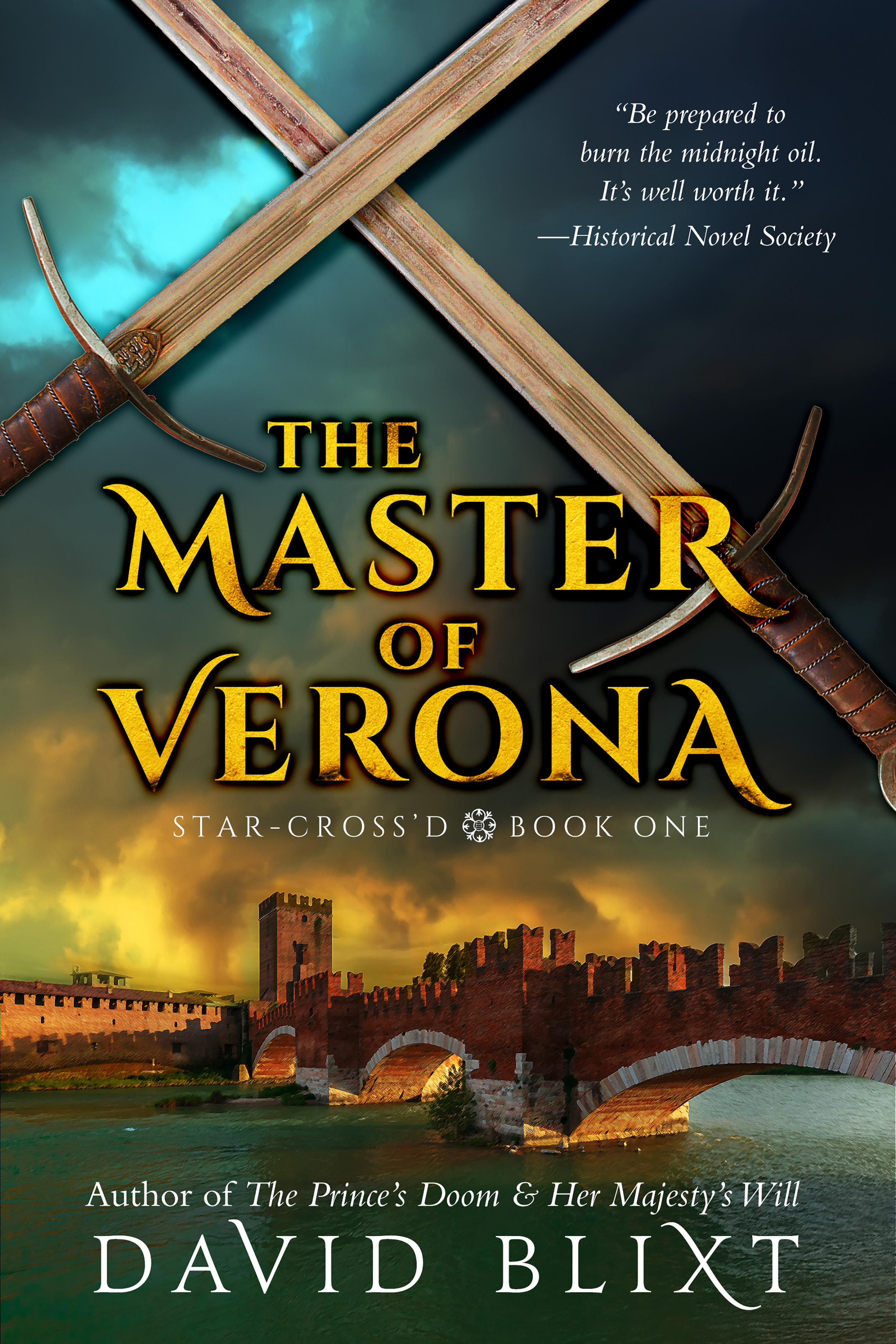 First, take a moment to admire the gorgeous new cover by Kim Killion at The Killion Group. She's currently working on similar covers for the rest of the series, which will have an across-the-board facelift for the digital editions. Fans of the old covers, never fear, they'll remain on some print copies. But the larger trade paperback version of MoV coming in December will sport the new cover.

So will the audiobook. I spent the Spring recording at the studio of my friend Judith West, and she's engineered a truly wonderful-sounding version of the story. It being my voice, I was afraid to listen to the finished product – only to find myself enjoying it! I'm sure I'll be hyper-critical of certain line deliveries and cadences, but I have to say, it was fun to listen to the story.

As if all of that isn't enough, there's an expanded edition of ORIGIN OF THE FEUD coming this month, and expanded markets for the ebooks of the Colossus series. I'm enjoying re-immersing myself in the world of Colossus, so I can finally finish the long-awaited third novel, WAIL OF THE FALLEN.

I'll be back soon to blog more about all of this. So much is happening, it feels like a waterslide trying to keep track of it all.