A Story of a Blessing and a Curse

I have the rather dubious distinction of having been both thrown out of the Vatican, and blessed by the Pope. Though not on the same day.

The Vatican Incident (a good Robert Ludlum title) happened while I was on a semester abroad with Eastern Michigan University’s European Cultural History Tour — 14 countries in 4 months. We’d just arrived in Rome, and were doing a Vatican day.

Now, I’m a huge fan of Roman history, especially the latter days of the Republic. Recently, when naming all the Romans who interested me, a friend said, “You like all the butchers!” That’s not strictly true, but I am certainly fascinated by several of the more, shall we say, colorful of the Romans. One of them I have a special interest in is Lucius Cornelius Sulla. He carved the path that Caesar would later follow, using his army to take the city of Rome itself and give victory to his political faction. He was later made Dictator, and rewrote Rome’s constitution — which worked out so well that Caesar had to do it again 25 years later.

Anyway, I’ve always wanted to get a glimpse of Sulla. There are two busts in existence. One I’d seen in Germany. It portrayed him old, toothless, and decrepit, with a clever (if insulting) detail from the sculptor of showing Sulla’s real hair sticking out of the curly wig he wore. 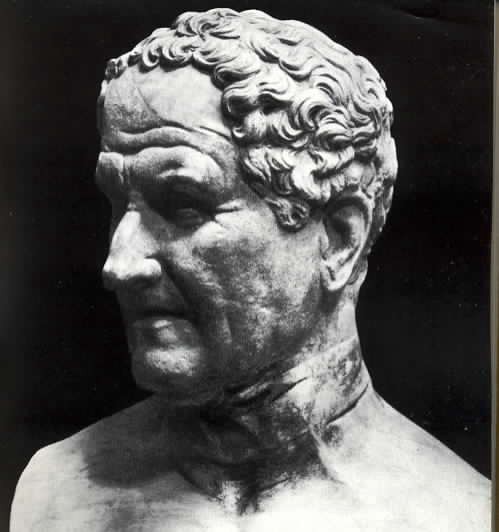 But I’d heard there was another bust. One of him as a young man, of him so impossibly handsome that the wives of important senators were throwing themselves at him, and thus earning him the enmity of many great men. That bust was in the Vatican. That was the bust I wanted to see.

But it was my first time there, and there was so much else to see. The Loacoon, the Prima Porta Augustus, and more — and more. I was amused to see how many of the statues had had their wangs whacked off, and wondered if there was a room somewhere in the Vatican filled floor to ceiling with tiny stone penises. I imagined the job of trying to match them up again. I was in my early 20s.

Yet despite so much to appreciate, my goal was to see Sulla. So I slipped away from the bulk of the group and went hunting for the busts. A frustrating search. Not that there weren’t busts, there were plenty. But not from the right period. Not of him.

The hourglass was draining, it would soon be closing time, and yet, no Sulla. Then I saw a sign with the right dates! But it led to a closed room, with a red velvet rope across the door. Apparently the Vatican closes off some of their collections at different times of day so as to not have to staff them all. Damn! So close!
I looked around. No one. Well then… I stepped over the velvet rope and tried the door. It was unlocked.

(Aside — when my wife tells this story, she adds guns and dogs and barbed wire. She says she tells it so much better than I do. And she’s right. But I’m telling it like it happened.)

So I slipped in, and was confounded — I was on a second floor looking down at the busts! This was a balcony level with a few busts on it. But Sulla wasn’t here — he had to be down on the main floor. And there was no way down! Who doesn’t build a stairway?

I walked around the balcony, staring down at the busts, trying to discern which was which by the hairstyles. Then I spotted one that could — could– be him. But I was too far away to tell.

Then I realized that my cheap camera had a zoom function. Not a very good one, but a zoom nonetheless. I whipped it out and pointed it at the bust in question. Not good enough. I needed to get closer. I leaned over the balcony rail. Still not close enough! So I put one leg over…

When the guards found me, I was hanging upside-down off the balcony, my knees wrapped around the rail. I was hauled up and escorted out of the building.

But I got the photo. 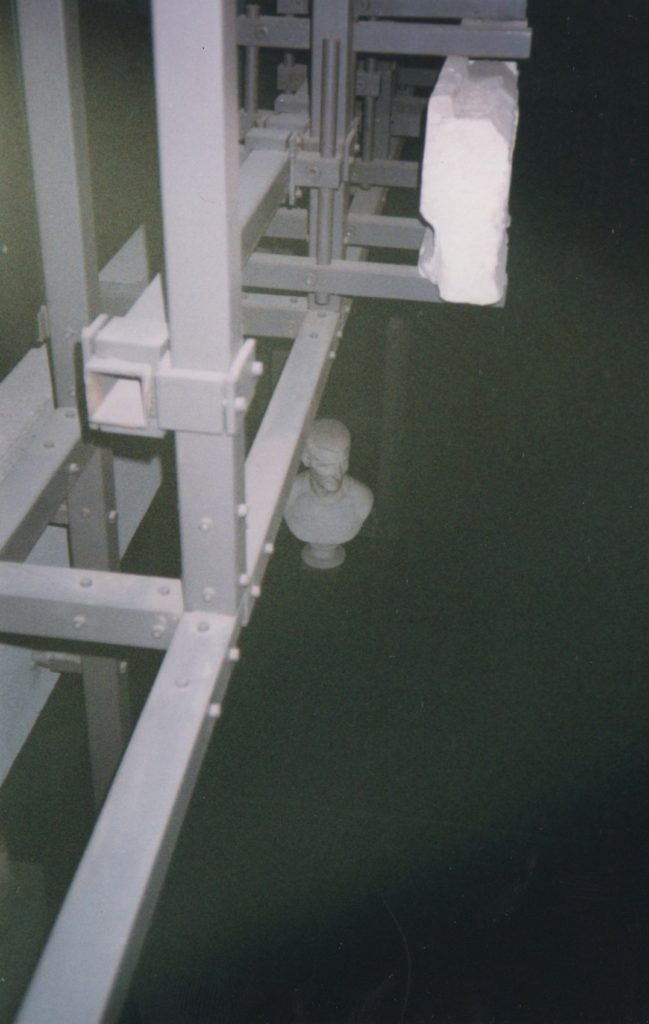 (Except that’s not him!)

Except it wasn’t him. 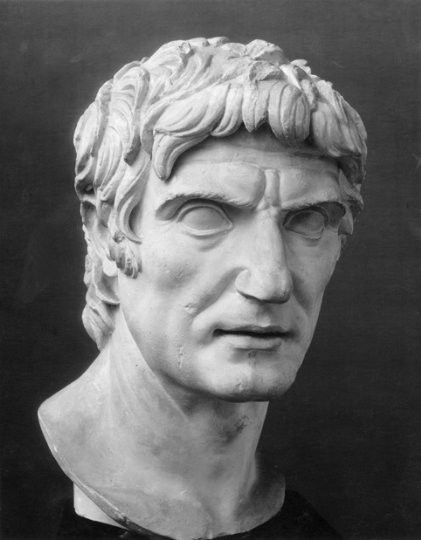 Flash forward six years. Jan and I are on our honeymoon, a three-month tour of Europe (we didn’t have a wedding. We dress up in front of people for a living, so we didn’t feel the need. Instead we spent all the money we would have put into a wedding into our honeymoon). We’re in Rome, and I’m taking her to St. Peter’s. She’s never been, and we’re excited. Only it’s more crowded than I’ve ever seen it. It’s a Wednesday, so I can’t figure out what’s going on. Suddenly we’re being funneled through metal detectors and we can hear a voice droning in Latin over a PA system. A very familiar voice…

We see his face on the giant Popeatron they’ve set up before we actually see him. Pope John Paul II is holding a Wednesday Mass in St. Peter’s Square. How utterly cool.

We make to sit down, but someone asks if we are newlyweds. We admit we are, and we’re led to the front with a bunch of other couples. And during his mass, the Pope blesses our union.

Kicked out of the Vatican. Blessed by the Pope. I figure it’s a wash.