A couple years back, I was explaining racism to my son, Dash. He was baffled by it, as was I at his age. He lives in a truly diverse neighborhood and goes to a truly diverse school. While he’d studied racism in class, he thought it was a thing of the past.

“Because it’s how they define themselves.”

“Nobody wants to be a racist!” he protested.

“Nobody wants to be called a racist,” I corrected gently. “But think about this. You’re ten years old, and already you can define yourself by who you are, what you do. You play piano, you draw — ”

“You play Minecraft. You like Dungeons and Dragons. Those are all positive things. You define yourself by what you are.” I sighed. “Then there are people who can’t do that. Who have nothing they think that makes them special, or who have failed at their dreams, or who have never gotten the chance to do what they wanted, or weren’t good enough or lucky enough to have the success they feel they were owed. So they can’t define themselves by what they are. So they define themselves by what they aren’t.”

“Think about it. If you work an awful job, if you were bullied, if you didn’t get along with your parents, basically if you don’t like your life, the only way you have to make yourself feel good about who you are is by thinking there are people who are, by their very nature, worse than you. You don’t like where you live? At least you’re not black. Hate your job? Hey, you could be Mexican. Don’t have a girlfriend? Well, hey, you could be gay! Hating other people comes from insecurity. It comes from having nothing inside yourself that you believe in. You can’t create a positive definition of yourself, so you craft a negative one. Instead of ‘I am this and I do that’ you say, ‘I’m not this and I don’t do that.’ By its very nature, it’s a negative definition. And negativity is far easier to identify with than positivity.”

“I know. But think about it. When you’re in class, and the teacher asks a question and no one answers, what are you all thinking?”

“Exactly! It takes bravery to be wrong, to take a risk. Cowards stay quiet all their lives. Brave people raise their hands, try to answer, knowing they might be wrong. I’m in theatre. You know what my least favorite part is? Auditioning. Putting myself out there. Taking a risk. It’s like asking for rejection. And I write books! I can’t tell you how many times I’ve had books rejected. It’s heartbreaking. But it’s also what allows me to say, ‘I’m an actor. I’m a writer.’ It’s all about taking that risk.

“Think about the two presidents you’ve known in your life. There’s Barack Obama, and there’s Donald Trump. One defines himself positively, the other negatively. Obama was all about saying what he was for. Trump is all about what he’s against. Obama told you what he wanted to do. Trump tells you who you should blame. Of the two, Obama is braver, because it’s easier to be against everything than for something. It’s easier to say no than yes. You know Chuck Jones?”

“Right. He and the other guys at Warner Bros. used to have story meetings where they would write cartoons. They called those meetings the ‘no-no sessions’ because no one was allowed to say no. Because they knew that nothing kills creativity faster than the word ‘no’.” I pulled a book off the shelf. Chuck Jones’ autobiography. “Look at this.”

The Power Of “No” — Chuck Jones

“The truth through history is that it’s much easier to destroy than to create. It takes risk, and risk means vulnerability, and vulnerability means leaving yourself open to people making fun of you, making you feel bad. The people with ideas have to be so much stronger than the people who live only to knock those ideas down.”

“In Minecraft. They attack you if you go near them. They explode. They hurt the ground around them. If you kill them they drop gunpowder.”

I smiled. “Exactly. Racists are Creepers. So are sexists, and homophobes, and everyone else who hates. They show up out of nowhere and explode. They spend their lives trying to make themselves feel taller by knocking everyone else down. They are terrified that the founders of this country were correct when they said that all men are created equal. They want to be special, to be better. And if they don’t feel special in a positive way, they’ll make themselves special with negativity. Which is why racism will always be with us, and why we always have to fight it. Because it’s human nature to feel insecure.”

My son thought about it. “I feel bad for them.”

I nodded. “Because you’re a good person. But here’s the thing. Feeling bad for them doesn’t mean you don’t argue with them, fight against them. Because hate is easy, it’s the dark side of the Force. And because hate is easy, it collects crowds. People are always at their worst when they form angry crowds. It’s why we need laws, and to make sure those laws treat everyone equally. The law is what matters, Dash. The law is the rules we all agree to live by. But there have always been people who want one set of laws for themselves, and another set of laws for everyone not like them. That’s when we’re in trouble — when the law isn’t the same for everyone.”

Dash nodded wisely. “Thanks.” And, like kids do, he went back to playing Minecraft. A place where you build a world limited only by your imagination. Where the rules are the same for everyone. Where you can invite anyone to share in your creation. 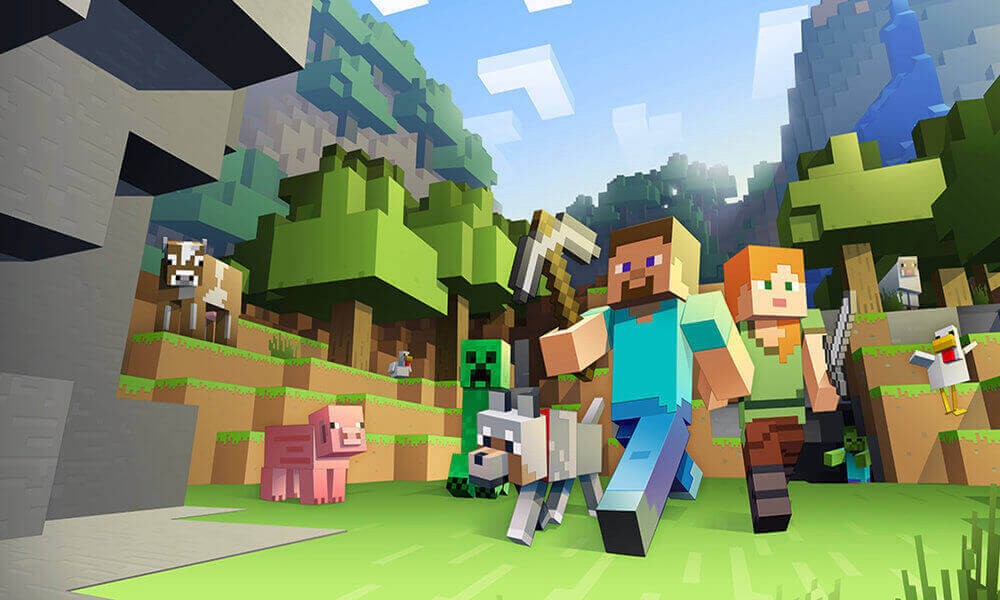